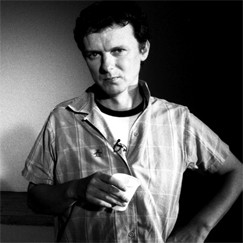 Who's Afraid of Michel Gondry?

25 years have passed since Michel Gondry first started out assembling short films with bits and pieces in a Paris flat to being the 2005 Academy Award Winner for "Eternal Sunshine of the Spotless Mind." Cinematographer Jean-Louis Bompoint is Gondry's best friend and has been filming him since the start. Over these 25 years, he has gathered an enormous amount of photos and videos which he has used to paint this unique and original portrait of Michel.