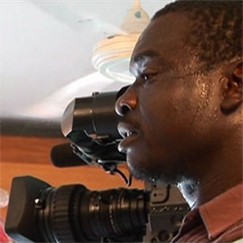 Nollywood, Made in Nigeria

Original title : Nollywood, made in Nigeria

For years, America was the only superpower in film production. Or so everyone believed. The incredible vitality of the Indian film industry (Bollywood) has proved this to be false. Few know that nowadays Nigeria has become, in less than 15 years, one of the most important countries in the world of movie-making, with 1200 feature films released each year. An expansion that is so impressive that the Press coined a new term for it: " Nollywood ".