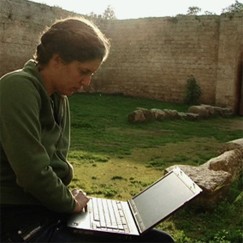 The film director Nabil Ayouch, whose father was a Muslim and whose mother was Jewish, had always had a troubled relationship with the Israeli-Palestinian conflict. In this film he decides to approach the subject from a different angle, which is above all, that of a human being. After meeting with some old Palestinian refugees who had lived in the camps in Lebanon in 1948 he gathers some deeply moving accounts. He then transports these memories of a lost land to the ears of young Israelis who have taken their places in the villages where these Palestinians used to live. In the film they decide to go against these unfounded myths and to hear what the Palestinians have to tell them. The resulting dialogue that takes place at a distance is disconcerting and sometimes disturbing.