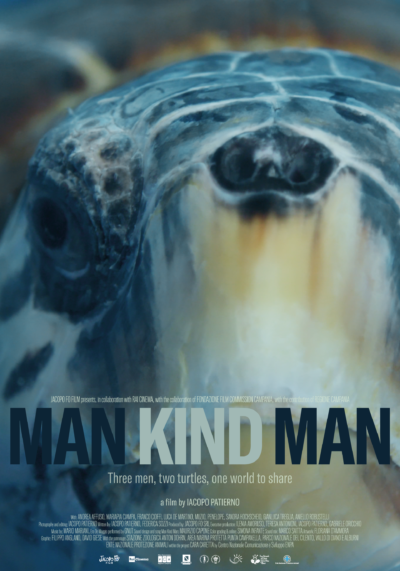 Man Kind Man is the affirmation of those who fight against a flow of events that seems unstoppable. Two sea turtles (Caretta Caretta) are found beached on the coastline of Lazio and urgently transported to the Anton Dhorn sea turtle hospital in Portici. While the turtles are being cared for, with the hope of being released in the spring, Luca collects sand in the Gulf of Naples and tries to clean it from the soil left over from a motocross race; it is the material he uses to create his pictures. A paddle enters the crystal waters of the River Sarno. It is Aniello, who pushes his kayak towards the first signs of illegally dumped waste; Franco contemplates the sea and collects two plastic petals found on the beach.
A unique point of view about pollution with quirky spirit and humour.